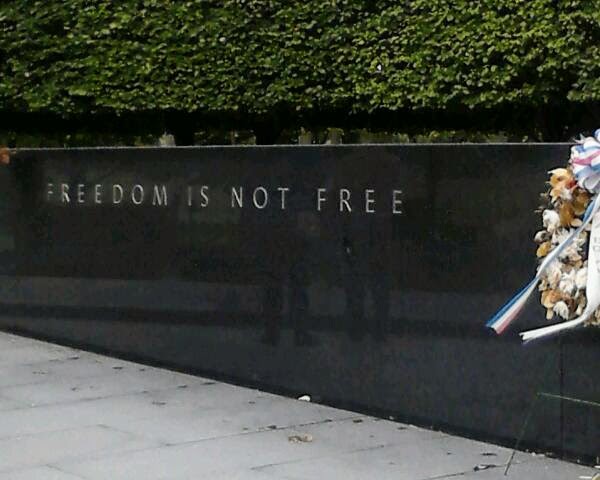 Hello, I'd like to apologize for my absence in writing this blog but I've been busy doing stuff.  As some of you may know, I'm involved in a group that holds candlelight vigils to promote awareness of Veteran suicide called Shining the Light on 22.  I've also been busy by creating a benefit for local organizations that are actually helping Veterans in Northeast PA.  The benefit is called Together We Can Save Lives and it will be held on June 27th, which is National PTSD Awareness Day.  The name of the event is, of course, a nod to my blogging friend A Vet with PTSD.  And yes, I did ask him for permission to use the name.  And I thank him for all of his support.
If you have never tried putting together a benefit, let me tell you.  It takes boots on the ground, a couple dozen ink cartridges, and a lot of prayers.  Does it sound like I'm whining right now?  Well, in all actuality, I'm not.
See, a wise man, possibly my old platoon sgt from the mortar platoon, once said, "If you complain about something and don't offer a solution, it's called whining."  The more I think about it, that sounds more like an FDC chief I know from the same mortar platoon.  He probably said that just before he booted a field telephone out of the back of the FDC track cause it wasn't working.  Ya really gotta love infantry solutions.
Well, my solution to all the complaining I've done about the VA and nothing being done by the politicians in the beltway is to do "something".  I have put together (OK, still putting together) a benefit for two organizations that actually help our Veterans.
Hunts for Healing is a group based out of Laceyville, PA.  They do some freaking amazing work with Veterans suffering from PTSD and other injuries.  They are an all volunteer group and they actually own the land they use for their programs.  I'm a big supporter of alternative treatments and HFH fits that bill to a T.
St. Francis Commons is a new homeless shelter in downtown Scranton, PA for homeless male Veterans.  More than just a shelter, they are a 2 year "program" that offers counseling and other programs with the goal of having the Veteran become self sufficient and able to have a job and housing of their own at the end of the program.  The minimal staff is paid, but they volunteer a lot of their time to help the Vets there.  Oh yeah, and the VA actually refers homeless Vets to the program, so there's one in the positive column for the VA.  The rest of the program is funded by Catholic Social Services.  I don't know but if you take off your Obama prescribed rose colored glasses, you can see that social service organizations like CSS are harder tasked than almost ever before.  The need for financial help, and help in general, is great during this time of Obamacare and Obamaphones.
Anyway, I don't really want to get political in an area that is about as blue as you can get.  I want to help my brother and sister Veterans.  This is they way I'm doing it.  A benefit event that includes entertainment (let me give a big HOOAH to Krypton DJs and Ron Schoonover) and food.  Have you ever really tried to get free food for an event?  Like I said lots of legwork.  I want to thank Sibio's, Minooka Bakery, The Penalty Box, Buona Pizza, and Joyce's Café (Home of the Minooka Notre Dame fan club--yeah I know, this coming from a fan of Da U).  I'm hopeful there will be more food donors as well.
As long as I am doling out thank yous, a big thank you to the Sons of the American Legion Squadrom 665 out of Dickson City, and Friends of the Forgotten NEPA Wing.  HOOAH to both.  Tradesmen International, VFW 3451, and Schoonover eye care also get salutes too.  Without any of these groups, this benefit would be dead in the water.  Legwork is about the only thing cheap about putting on a benefit.
Ah yes, then there is the basket raffles.  Wow, did I not know all of the places there are that will donate gift cards, etc. for basket raffles.  Once again, lots of legwork, lots of donation letters and W9's.  I'm constantly carrying donation letters around with me as I'm driving around NEPA.  It's very gratifying that almost everywhere I go it's a yes, but its the legwork that takes a toll.  Working a full time job, little league games, other events with the family.  I'm not complaining, mind you, but it is just a lot of legwork.  And I've got a limited group of about 6 people helping.  That includes my wife, who has more than lived up to the terms "best friend", "my safety blanket", and about a dozen other terms that I can't think of right now.
Both Hunts for Healing and St. Francis Commons will be at the event with information on what they do, as well as Mission 22.  I'm hoping to get other groups, once again its legwork.  The term not enough hours in the day sure rings a bell for me.
Right now, I'm focusing on PR and selling tickets.  If you are local to NEPA or want just want to go to the benefit, I'd love to have you.  Give me a call (570)498-0923.  Tickets, of course, will be available the day of the event at the Dante Literary Society (1916 Prospect Ave., Scranton, PA).
Posted by Unknown at 10:56 AM

Past posts from the Citizen-Soldier Blog